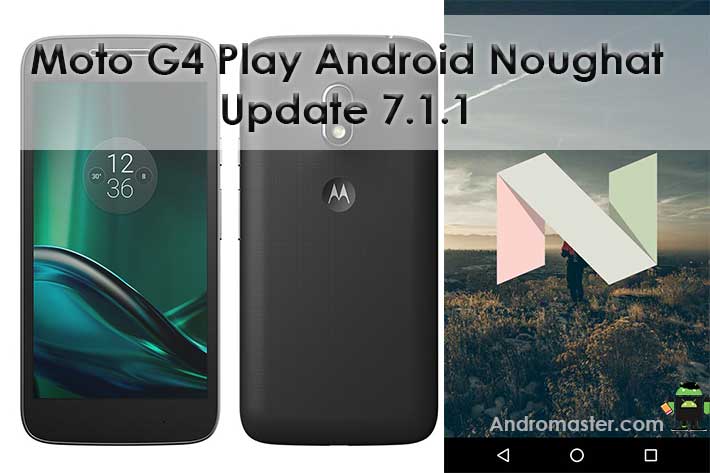 Motorola Moto G4 play is one of the best budget Android phone launched by Motorola in 2016 with Android 6.0.1 Marshmellow. But finally, the wait is over, after nearly 18 months Motorola Moto G4 play Nougat update arrives in India. It is a huge time gap for an update. Today moto g4 play users in India got the Notification on their phone saying New Software is available.

The size of the system update is 618 MBs. The great thing is Motorola has skipped the Nougat 7.0.1 update and directly gave Nougat 7.1.1. In the starting of this month, some users from Brazil posted on Reddit that their Moto G4 play got the android update.

1. First, check if you have got the android Nougat update for you moto G4 play

For this – go to Settings –>About Phone –> System updates

2. Tap on I’m in and update will start downloading

3. After Downloading Install It. Installation will take hardly 20 to 30 Minutes

4. After that phone will restart and it will load all your apps and finish the installation

5. And here is your Motorola Moto g4 Play With android Nougat 7.1.1

It is worth noting that the Nougat update may be the last major software update for the Moto G4 Play. This is because, Motorola, back in September 2017 confirmed via a blog post that it will bring Android Oreo update to only one G4 phone and that will be the Moto G4 Plus. Although the company didn’t directly deny the Oreo update for Moto G4 and G4 Play, that’s what the blog post indicates.

In the blog, post-Motorola noted, “It’s been brought to our attention that there were some errors in our marketing materials around Android O upgrades for Moto G4 Plus. This was an oversight on our part and we apologize for this miscommunication. It’s our general practice for the Moto G family to get one major OS upgrade per device, but it’s important to us we keep our promises, so in addition to the N upgrade it has already received, we will be upgrading Moto G4 Plus to Android O.”

The post doesn’t mention any details about Moto G4 and Moto G4 Plus anywhere, which means that these two phones will not get Android Oreo update. Meanwhile, Motorola also mentioned that they are not sure of when the G4 Plus users will get the Oreo update. The company notes, “Because this is an unplanned upgrade, it will take some time to fit it into our upgrade schedule. Watch our software upgrade page for more information.”

AndroMaster is your Android buddy. Andromaster will provide you your daily dose of Android Tips and Tricks.